Once the day was over, McCloud estimated the high school students in attendance were offered about $1.1 million in scholarships, which could turn into $4.4 million over four years (if the students attend four years at the institution of their choice).

McCloud, a Burke High and Florida A&M University graduate, began inviting colleges to audition his band students after he became Burke Band Director in 1979. In 2001, he asked more colleges to participate, and in 2003, he asked more high schools to participate. Seventeen years later, Burke’s band auditions have become a notable opportunity for band students, high school band directors, and college band directors throughout the state and Southeast region.

Brendon Johnson was a senior at Darlington High School in 2009. He attended the band auditions at Burke and was offered a band scholarship to attend Bethune-Cookman University. Johnson is now the band director at Darlington High School and brought 10 students to audition at this year’s Band Scholarship Fair. He has brought students to the audition each of the past five years.

“This is very special,” Johnson said. “It’s an opportunity for a student to get thousands of dollars in scholarship money. They get to see the value of all the work they put in. It’s a tremendous advantage to college directors who can audition multiple students in one place.”

“I get a chance to reach out to the most talented students and they get a chance to see what we have to offer,” explained Jones. “It’s a great opportunity for networking and we don’t have to travel from place to place. I’ve auditioned 18 students and I hope I get all 18 of them!”

Mullins High School drummer Aaliyah Slaughter was among the students auditioned. She hopes this experience will be open to all high school band students in the future, not just juniors and seniors.

“It would help younger students see how they need to grow,” said Slaughter.

The auditions represent an opportunity for students at small schools in rural communities to get the exposure they might not get otherwise, McCloud said. With sponsors who might finance overnight stays for students and band directors, that opportunity can grow, he said.

Iconic band director Lonnie Hamilton attended this year’s scholarship as well. For 20 years, he molded young musicians at the former Bonds-Wilson High School, taught music to over 1,200 students during his teaching career, and secured 131 college scholarships.

“McCloud has done a tremendous thing,” Hamilton said. “Nobody has done the math, but the economic impact in the Tri-County alone has been immeasurable! McCloud deserves a lot of credit.” 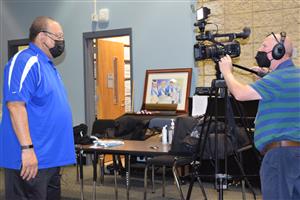 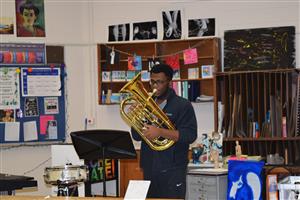 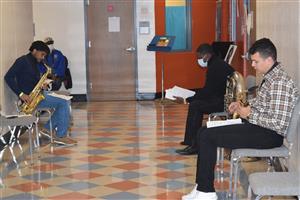 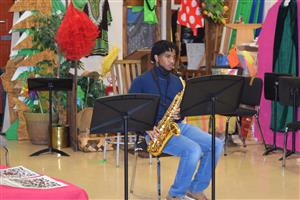 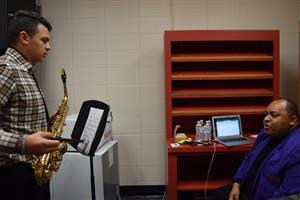 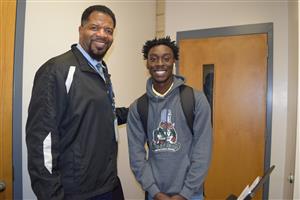 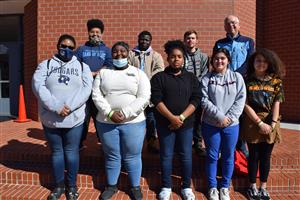