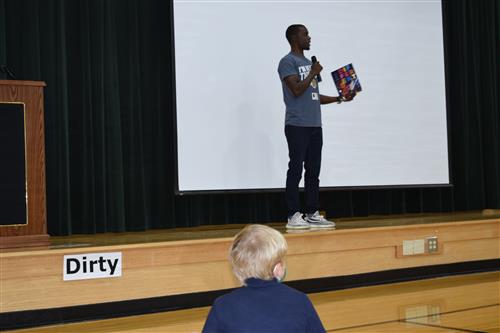 The students at Buist Academy for Advanced Studies were treated to a special guest speaker this week. Motivational speaker Chris Singleton read his latest book Different: A Story About Loving Your Neighbor.

The beautiful book teaches kids that differences - whether through race, nationality, gender, or more - are something to accept and celebrate. 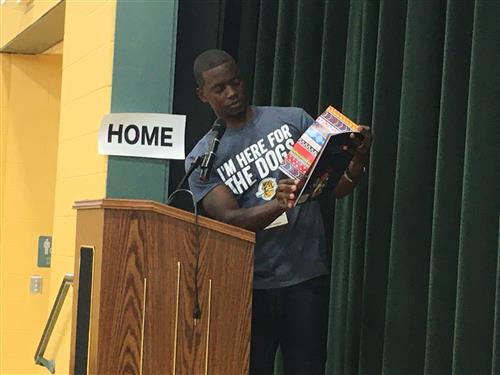 Singleton, a Goose Creek native, is a former professional baseball player in the Chicago Cubs organization as well as an inspirational speaker who has traveled the country speaking to over 60,000 students. He also graduated Charleston Southern University. Today he is employed with the Charleston Riverdogs.

Singleton’s mother, Sharonda Coleman Singleton, was murdered along with eight other victims at Mother Emanuel AME church in Downtown Charleston, on June 17, 2015 by an individual who wanted to start a race war in the United States.

Singelton inspired his city and the nation by forgiving the man who murdered his mother and stating that “Love is stronger than hate.” He inspires his audiences through his personal experiences of adversity and his belief that God can guide them through any storm they go through.