On February 21, Middle school and ninth grade students at Baptist Hill Middle High School had the opportunity to meet retired NFL running back Rashad Jennings Jennings, who spent seven seasons in the NFL with the Jaguars, Raiders, and Giants, is also a New York Times best-selling author of the book, The IF in Life. Throughout his career in the NFL, as well as during his championship-winning season on Dancing with the Stars, Jennings gained the support and love of fans throughout the country. Today, Jennings is actively running The Rashad Jennings Foundation, which dedicated to inspiring youth through his literacy program and providing mentorship and promoting health and fitness nationwide. In preparation for the upcoming visit, 150 male students received a copy of Jennings’ third book in The Coin Slot Chronicles (released February 11, 2020). This latest release, Arcade and the Fiery Metal Tester, is a humorous and imaginative account that explores the power of friendship, finding your place, and the reality of missing home. 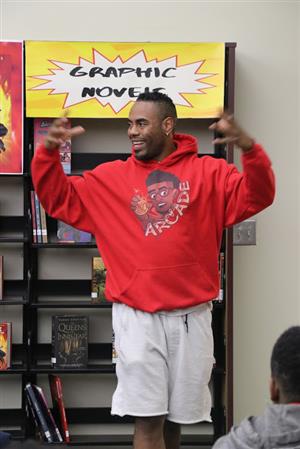 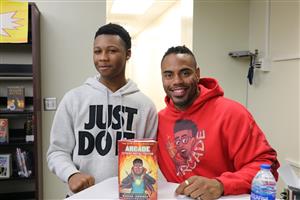 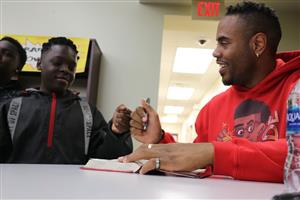 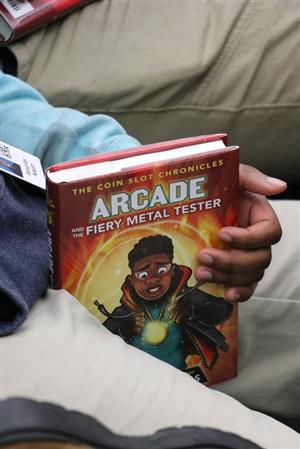