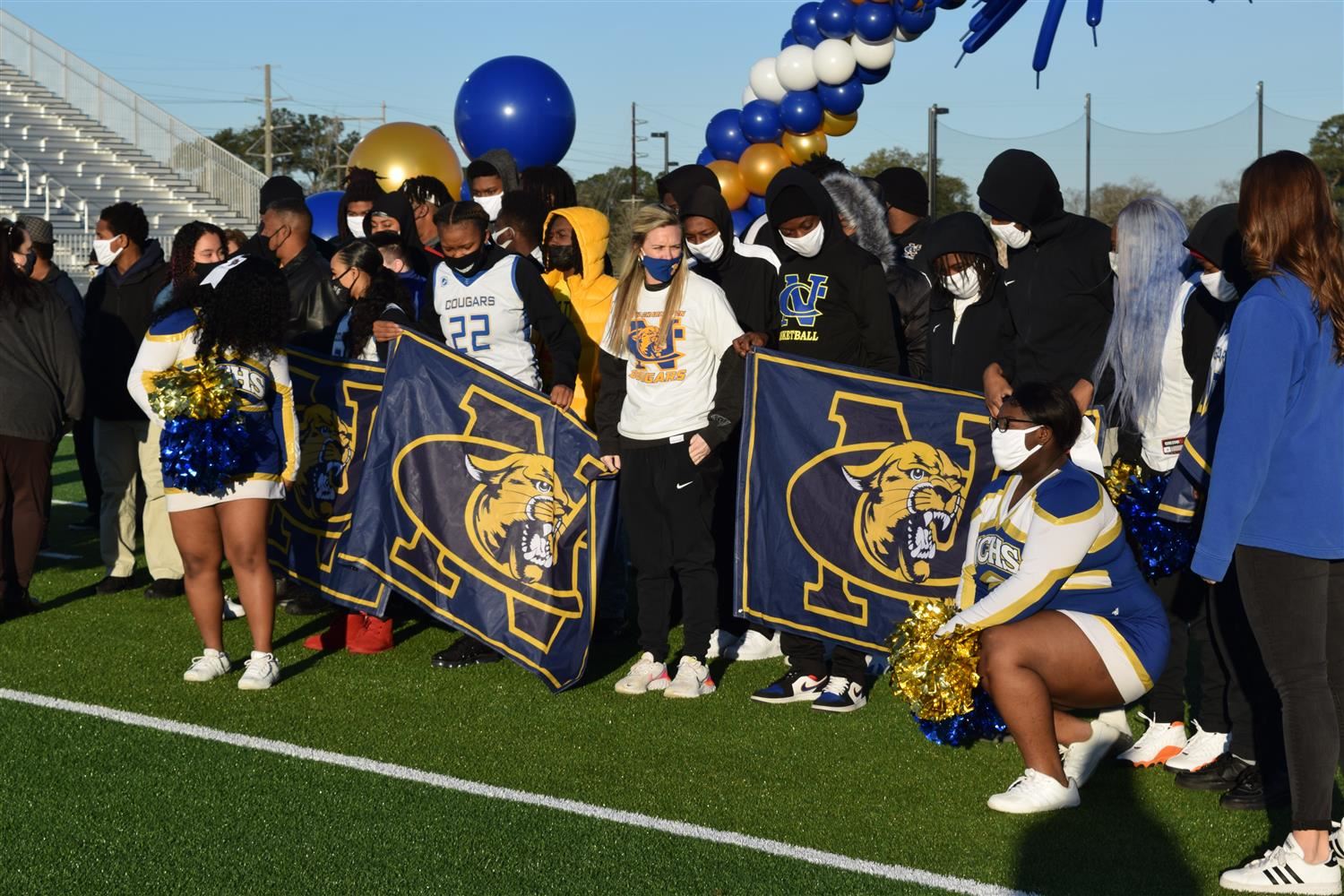 North Charleston High School (NCHS) Principal Henry Darby normally shies away from the limelight. However, a recent revelation of his generosity put him in the spotlight both locally and nationally. Darby, who is also a longtime county councilman, took on a third job with Walmart to help low-income students and families pay their bills. He was surprised Friday morning with a $50,000 donation from his part-time employer.

Local media outlets learned recently that Darby took the job of stocking shelves so that he could help the families in his school community. For Darby, it was all about paying it forward.

Darby was born and raised in the Liberty Hill community and has seen first-hand the suffering caused by poverty. Some families are homeless, and some need financial assistance. Darby wanted to try and find a way to help his students, if even in a small way.

Darby quietly went to work and, when he is made aware, he uses the money he earns at Walmart to provide for his students. Darby was interviewed earlier this month by reporters, and his story inspired readers and viewers across the Lowcountry to contribute to the fund. As of Friday, over $50,000 has been donated by local citizens, in addition to the Walmart donation. Darby’s efforts have also resulted in newly formed scholarships for the seniors at NCHS.

Darby is no stranger to holding multiple jobs. At one point in his life, he had four jobs for nine straight years. He is honored to be able to give back to his community. The real motivation, he said, is showing by example what the face of hard work looks like.

“I knew of some students who thought working at Walmart was beneath them,” said Darby. “Now that the students have learned about me working there, several have applied and are employed alongside me.”

NCHS student Kalik Dickson described his principal as one of the hardest people he knows.

“He will do whatever he has to do to give back to his community and his high school,” said Dickson.

"Mr. Darby is a kind, caring person," said Simmons. "He treats all of his students like his own and does all he can do to take care of us."

Darby is beyond grateful for the donations that have been contributed by the public. Darby blushes at the attention he's received but is even more motivated, knowing he can help more families than he initially dreamed of.

"All men and women are brothers and sisters," said Darby. "If we can't help one another, then who can we help? I will keep on working at Walmart. My efforts are genuine and not for show. In spite of all the dollars we have accumulated, I plan to stay on.”