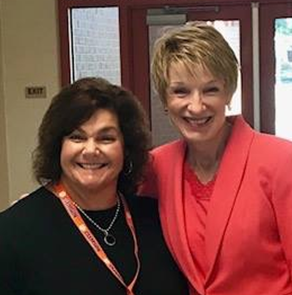 Dianne Benton is in her 9th year as a Principal in Charleston County School District at Pinehurst Elementary School.  Ms. Benton obtained her Bachelor of Science Degree in Elementary Education from Winthrop College in 1987. After working at the district level in Berkeley County, Ms. Benton decided to enroll in the Masters of Administration and Supervision program at The Citadel. Ms. Benton graduated with honors from The Citadel in 2003.